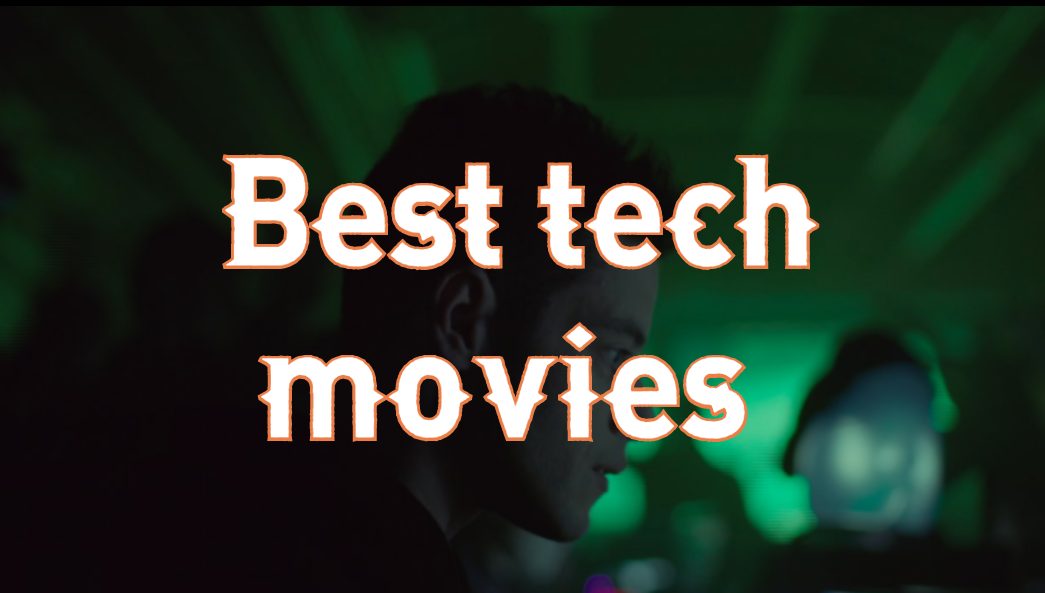 Movies are meant for entertainment, they are of different genres like sci-fic, drama, comedy, horror, romance. In this post i will tell you about top tech movies that will give you motivation to program. These movies will inspire you to think about technology, you will be amazed to know that this thing can be possible in now a days. so here is my list, you list may be different, this is based on my view.

This movies are totally based on my point of view, if you don’t like my view, that’s fine, comment below. These are the movies that will give you inspiration, motivation and even ideas. who knows.

Best Tech Movies that will give you motivation to Program

The Social Network is 2010 american biographical drama film based on life of Mark Juckerberg, creator of Facebook, directed by David Fincher and written by Aaron Sorkin. The movie is adapted from Ben Mezrich’s 2009 book The Accidental Billionaires, the film portrays the founding of social networking website Facebook and the resulting lawsuits.

You will get motivation to program daily more and more, when you will see Jesse Eisenberg ( Mark Juckerberg ) programming day and night to make Facebook possible.

This movie is one of the best tech movies ever made.

The film received mostly negative reviews from critics but i liked this movie because this shows the future. Movie shows the future of human being, all the problem will be solved by nano technology like blindness, injuries, handicap etc.

Dr. Will Caster (Johnny Depp) is a scientist who researches the nature of sapience, including artificial intelligence. He and his team work to create a sentient computer; he predicts that such a computer will create a technological singularity, or in his words “Transcendence”. His wife, Evelyn (Rebecca Hall), is also a scientist and helps him with his work.

Black Mirror shows the reality of our future world, what will happen in future. This TV show is too accurate. This is must watch TV show.

Virtual Reality, Social Media addiction, Dangerous scientist experiments, Artificial Intelligence, Rating people based on their characters and many more, there are 22 episodes and one movie. You will get lots of ideas on future technology.

A biographical look at the men who made the world of technology what it is today, and what it took to build up the global corporate empires of Apple Computer Corporation and Microsoft Inc.

Based on life of Steve Jobs and Bill Gates. Jobs is creating Apple and Bill is creating Microsoft. Their rivalry will make you work more towards your goal.

Apple and Microsoft two giants are in the making. Story of two greatest genius in the world. You will be motivated. A must watch film.

In the year 2035, humanoid serves humans, which is protected by 3 laws of robotics.

A robot must obey the orders given it by human beings except where such orders would conflict with the First Law.

A robot must protect its own existence as long as such protection does not conflict with the First or Second Laws.

If you are interested in Robotics, a must watch film.

This movie came before the I, Robot. This movie is story of  a robotic boy, the first programmed to love, David (Haley Joel Osment) is adopted as a test case by a Cybertronics employee (Sam Robards) and his wife (Frances O’Connor).

Though he gradually becomes their child, a series of unexpected circumstances make this life impossible for David. Without final acceptance by humans or machines.

David embarks on a journey to discover where he truly belongs, uncovering a world in which the line between robot and machine is both vast and profoundly thin.

One of the best tech movies, you will ever see.

The film follows a man who is implanted with a chip that allows him to control his body after a mugging leaves him paralysed.

Not Man. Not Machine. More.

When chip implemented, man becomes super human and finds out who is the murderer of his wife. Actions scenes are very cool and scary too.

This is also not a movie, this is TV show.

Mr. Robot has been widely praised for its technical accuracy by numerous cyber security firms and services such as Avast, Panda Security, Avira, Kaspersky, ProtonMail, and bloggers who dissect and comment on the technology and the technical aspects of the show after every episode.

This is story of  Elliot Alderson, a cybersecurity engineer and hacker who has social anxiety disorder and clinical depression.

Elliot is recruited by an insurrectionary anarchist known as “Mr. Robot”, played by Christian Slater, to join a group of hacktivists called “fsociety”. The group aims to destroy all debt records by encrypting the financial data of the largest conglomerate in the world, E Corp.

Caleb Smith, a young programmer, gets a chance to become a part of a strange scientific experiment where he is expected to assess artificial intelligence by interacting with a female robot.

CEO, Nathan Bateman, who lives alone apart from a servant Kyoko, who, according to Nathan, does not speak English.

Nathan has built a female humanoid robot named Ava with artificial intelligence. Ava has already passed a simple Turing test and Nathan wants Caleb to judge whether Ava is genuinely capable of thought and consciousness, and whether he can relate to Ava despite knowing she is artificial.

Ava has a robotic body but a human-looking face & hands, and is confined to her apartment. During their talks, Caleb begins to feel attracted to Ava, and she expresses a romantic interest in him and a desire to experience the world outside.

Ava tells him she can trigger power outages that temporarily shut down the surveillance system which Nathan uses to monitor their interactions, allowing them to speak privately.

Computer programmer Thomas Anderson, known in the hacking scene by his alias “Neo”, feels something is wrong with the world and is puzzled by repeated online encounters with the concept of “the Matrix.”

Trinity contacts him and tells him a man named Morpheus has the answers he seeks.

It suggests our world is an illusion; a computer simulation meant to keep humanity docile while sentient machines farm our energy to survive.

This is my list. I have seen all the movie and TV shows. There are lots of movie, like these. Explore these kind of movies, you will love it.

I will keep updating about these kind of movies.